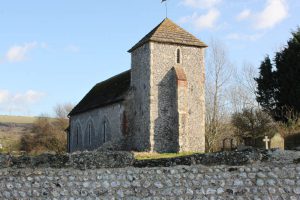 The ancient parish church of St Botolph’s is dated from 950 and large parts of the Saxon building remain, particularly in the chancel arch, and in the south wall of the nave. The tower was added in the mid-13th century, as was the chancel, replacing a Saxon apse.

Circa 450AD part of the site, in its idyllic river valley setting; was a Saxon settlement.  The Doomsday survey in 1086, records the inhabitants of Hanningedune (now Annington Manor in the Parish of Bramber) as being ‘15 villeins and 34 bordars’. Assuming that the numbers recorded were heads of families, an estimated population of around 200 persons lived in Botolphs.  Centuries later, in 1801, five houses and only 36 inhabitants were recorded.  Today, few people reside in the area. 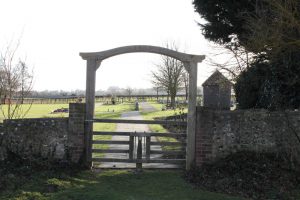 From early times, salt was extracted from the estuary of the River Adur and the remains of a few mounds (relics of the salt workings) can be seen in valley.  Salt was exported from this area until the beginning of the Black Death in 1348.

n mediaeval times, Botolphs was at the western end of a bridge or causeway, and the Church, as recorded in early documents, was known as St. Peter de Vetrie Ponte (St Peter of the Old Bridge).

Thousands of pilgrims and travellers passed by this area, as the bridge over the River Adur formed part of the great mediaeval east-west road across southern England; connecting Canterbury, in Kent, with Southampton and Winchester, in Hampshire

Please click here for a PDF copy of our brochure.